In this video blog I wanted to address the pharmacologic mechanisms of 5-MeO-DMT in reference to classic psychedelic tryptamines like LSD, psilocybin, and DMT.

A common feature of all psychedelic tryptamines is their ability to bind and stimulate serotonin 2A (5HT2A) receptors. Experiments that pre-treat persons or rodents with 5HT2A receptor blocking antipsychotic medications have all demonstrated that psychedelic effects are greatly reduced or abolished when this receptor is not available. Both classic psychedelic tryptamines as well as 5-MeO-DMT share this mechanism in common.

Classic Psychedelics vs. 5-MeO-DMT at Serotonin 2A Receptors

Beyond simply binding with 5HT2A receptors, there may be different types of pharmacology or ways that psychedelics bind the 5HT2A receptor that distinguish some of the effects and toxicity profiles of classic psychedelic tryptamines relative to 5-MeO-DMT. For example, when classic psychedelic tryptamines bind 5HT2A receptors they are only able to partially activate the receptor in reference to the endogenous neurotransmitter serotonin. This causes them to have a 'ceiling effect' on how much of a serotonin-like response that they can produce, which plausibly explains why the classic psychedelic tryptamines do not have lethally defined doses. Essentially, you can give more and more substance but there is a cap on how much of a response they give and in pharmacology this is termed 'partial agonism'. 5-MeO-DMT is perhaps different in this regard as at least one pharmacologic assay has demonstrated responses that were supraphysiologic or increased relative to serotonin, so it is more appropriately thought of as a 'full agonist'.

Pharmacology Beyond Serotonin 2A Receptors

5-MeO-DMT shares much pharmacological overlap with classic psychedelic tryptamines, although is a stronger serotonergic substance overall and may also increase levels of serotonin in the synapse. This would suggest that there could be an overdose point in which toxic serotonergic responses are observed or that it carries additional risks in conjunction with other substances that can increase serotonin. This appears to be particularly true for monoamine oxidase inhibitors (MAOIs) which have been reported to cause death in combination with 5-MeO-DMT.

Download your copy of the FIVE Guide for a more comprehensive discussion of the pharmacology and drug interaction potential of 5-MeO-DMT. 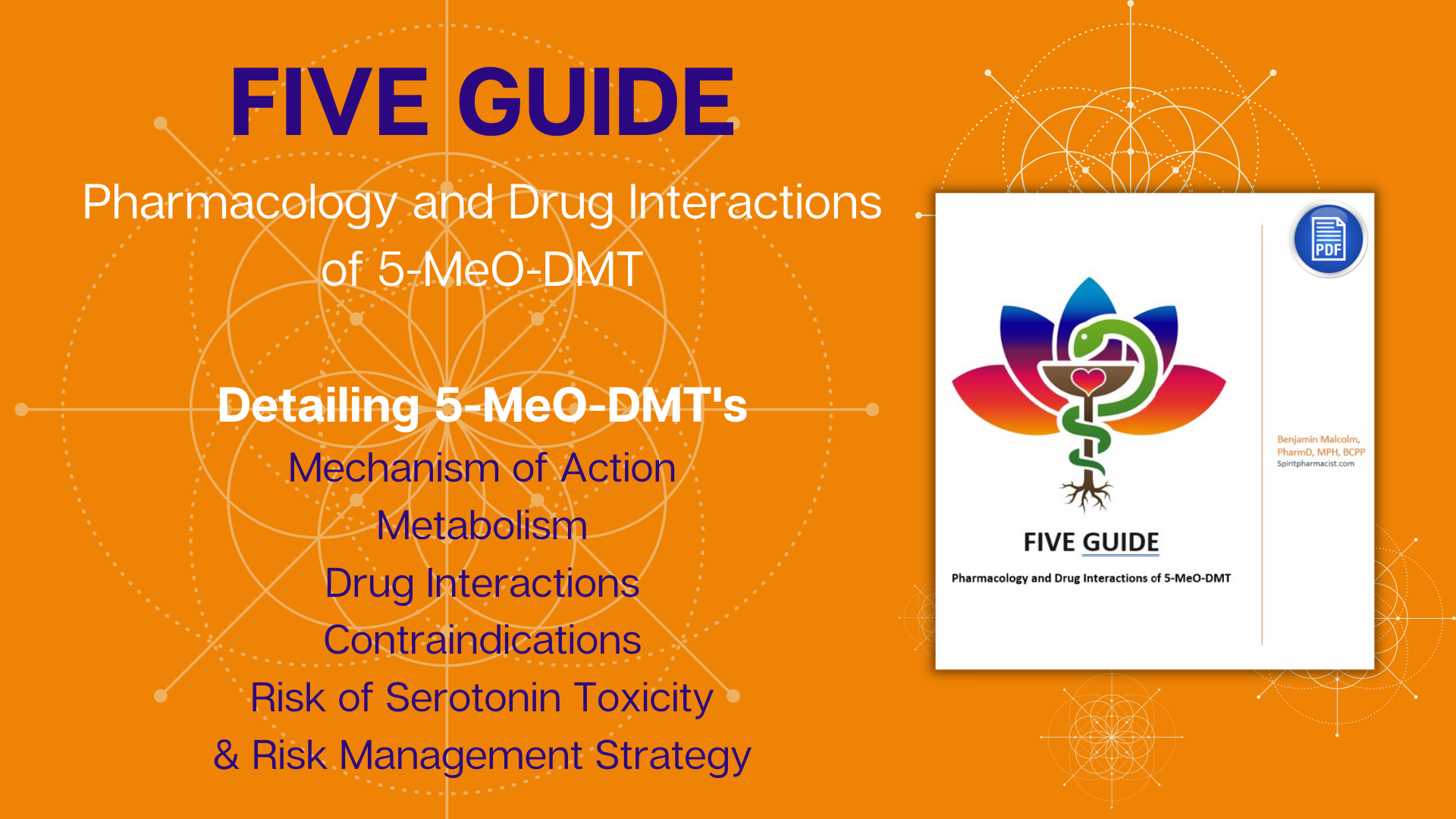